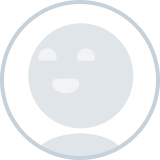 east-broadway-rutgers-street
New York, NY
East Broadway & Rutgers Street
🍽THE LOWER EAST SIDE FOOD CRAWL: 1:30-4PM. $59 per person. Join New York Adventure Club as we journey through streets of the Lower East Side to eat at some of the neighborhood’s best culinary destinations, while learning about the highs and lows that the local Jewish community has endured over the past several generations. Led by prominent neighborhood expert, Jonathan Goldstein, our culinary experience will include: -A custom-made NY Adventure Club route to showcase the best Lower East Side eateries hiding in plain sight -The story of the neighborhood throughout the 19th and 20th centuries , from the German neighborhood of "Kleindeutschland," to where many iconic Hollywood figures grew up, to the transformed neighborhood of today -A bite at several of the neighborhood's most iconic eateries serving some of New York's best food, including Katz's (for their juicy pastrami), and Russ & Daughters (for their fatty and thinly-sliced lox) -A trip to several off-the-beaten-path Lower East Side eateries to nosh on everything from pickles and bialys to donuts